Black Medical Students in Canada: One student’s journey to break down barriers

Gbolahan “GB" Olarewaju’s journey to medical school has been full of many twists and turns, joys and disappointments—enough for most lifetimes.

GB had almost given up his dream of becoming a doctor when he was finally accepted into UBC’s Medical School. But the transition wasn’t easy. “I’m queer. I’m an immigrant. I’m a black man. I was finding it hard to fit in – to get that sense of community.” 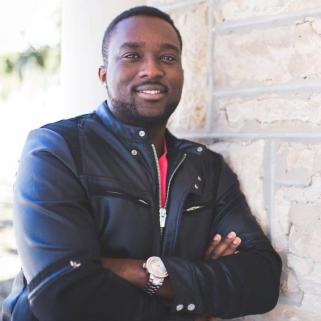 Motivated by his experience of being the only black medical student in his first year at UBC, and the isolation he felt as a result, he began advocating for increasing black representation in medical schools. That path led to his recent election as inaugural chair of the Black Medical Students’ Association of Canada.

Growing up in Nigeria, GB was always interested in science. His mother was a biochemist who worked for the Nigerian Food and Drug agency, so there was always a microscope in the house, and always something to look at. However, it was a tragic event in high school that triggered his interest in medicine.

In grade 12, 60 students from his school died in a plane crash, including his best friend. Some might have survived but were failed by shortcomings in the system.

“It was one of those life altering moments. I realized the frailty of life. That was the first time I seriously thought about becoming a physician. I wanted to play my part in cherishing and protecting life.” It was with this dream in mind that GB made plans to move to Canada alone at the age of 16.

“I’d never really heard about Canada. I went to the library and looked it up. It looked interesting.” With his parents’ support, he moved to Hamilton to get the credits he needed for University, ending up at the University of Guelph to study Biomedical Science.

University was largely a great experience, but not without its challenges. In his third year, GB’s mental health began to suffer.

“I had identity issues that I’d internalized. I wasn’t out as gay. I experienced both overt racism and micro-aggressions. People treating you differently, crossing the street when they see you coming. People yelling the “N-word” from moving vehicles. It’s hard when you’re faced with these things repeatedly,” he said.

There were also positives, such as working for the international student office at Guelph for five years, lots of volunteering and completing a masters in Human Health and Nutritional science.

Following that, and now a permanent resident of Canada, GB submitted his first application to medical school, but was unsuccessful. He continued to work at the university coordinating international, multi-faith and refugee programs. He found it to be enjoyable, valuable work, but realized in 2016 that a career in student affairs was not his true calling. He took a leave for two weeks of medical service learning in Guatemala, working with local physicians in rural community health. He never felt more at home.

Coming back to Canada, he took a risk, leaving his job in the hopes of finding one in healthcare, while also studying and re-taking the MCAT. It took nearly 200 applications and five months of unemployment before he was hired for a position at the BC Centre for Excellence in HIV/AIDS, coordinating their queer men’s health study in Vancouver. “I loved the work. I was making an impact in my community and I could also do some advocacy work for people of colour – it seemed the perfect opportunity,” he said. 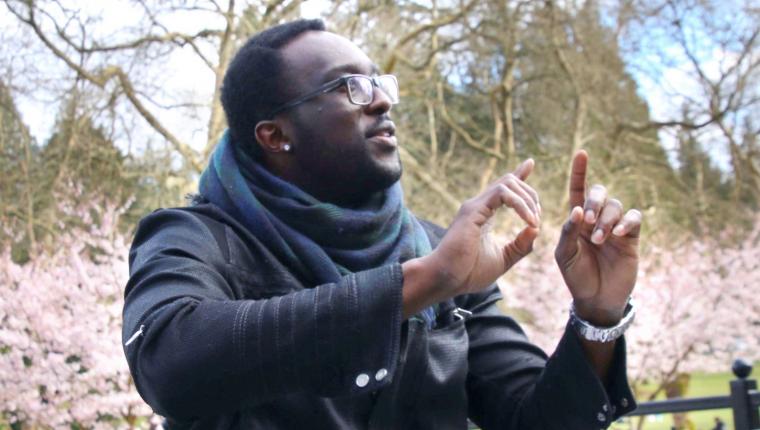 Along with his job search in 2016, GB had applied to medical schools across the country but was getting demoralized with his lack of success. Encouraged two years later by a friend who had recently been accepted to UBC, he reconsidered medicine, submitted an application, got an interview, and was accepted.

GB was acutely aware that Vancouver did not have a large black population, so when he started medical school in the fall of 2019, he fully expected to be the only black person. He was right. “I was only one in my class out of nearly 300. It was unsurprising, but still a bit of a shock.”

GB also felt the same sense of impostor syndrome that many medical students feel, albeit magnified in his case.

“It was a hard transition. I felt very privileged and excited, but I also felt hyper visible. As the only black student you feel you can’t make any mistakes, you can’t slip up, because you’re essentially representing your people.”

Lack of representation in the curriculum also heightened his sense of alienation.

That feeling of constant scrutiny and isolation brought back some of GB’s previous mental health challenges. He knew he needed to connect with other black students, and to focus his energy on improving representation. He looked for data showing low enrolment of black students in medical schools across the country, but definitive data didn’t seem to exist.

“How do I get the universities to have these conversations if there’s no data. If there’s no way to really turn the mirror back on them and say ‘hey, this is actually a thing.’”

The only estimate he could find was by counting faces in graduation composites spanning decades; the absurd reality of this task was not lost on him.

GB then reached out on Twitter to Dr Uché Blackstock, a black American physician known for her work on diversity and equity in healthcare and academic medicine. She connected him with an online group to share his experience and discuss ideas. It was during a group chat that GB met Vancouver psychiatrist, Dr Tyler Black, a valuable connection for the future.

The group chat energized GB in his drive to connect black medical students across Canada. In a moment of true serendipity, he was invited the same day to join a Facebook group created by black medical students at the Universities of Manitoba and Toronto. Black students, residents and some physicians also joined, and plans were made to meet and form a national organization, the first of its kind. The Canadian Medical Association championed their cause, providing funding for a meeting in Toronto supported by the Black Physicians Association of Ontario. GB was able to attend with funds secured from Doctors of BC through the advocacy of Dr Tyler Black, and president-elect Dr Matt Chow.

At the meeting, the 60 attendees got down to work. A pivotal outcome was the community-building and shared awareness the students gained. Their unanimous priority was race-based data collection. Increasing the number of black medical students in Canada was not going to be easy if there was no proof of underrepresentation. They also discussed the importance of tracking progress through research, creating mentorship programs and working as a community to tackle the barriers to enrolment of black students. Totally unexpected for GB was his nomination and election to Chair of the organization, now called the Black Medical Students’ Association of Canada.

To GB, the challenges he faced on his journey don’t make him special, but they did teach him a valuable lesson in persistence and resilience – qualities he believes are held by many accomplished black students whose potential cannot be realized due to barriers inherent in medical school admission policies. With the help of his BMSAC colleagues, he hopes to shine a light on these barriers and inspire generations of future black physicians through research, advocacy and mentorship.

When asked what excites him for the future, GB talks about his passion for advocacy.

“I want to see better health for Canadians, and increased representation of marginalized populations in health care. I want us to get to a point where there truly isn’t a need for a Black Medical Students' Association.”