Among the thousands of practicing physicians in BC are legions of unsung heroes, quietly going about their work to support their patients’ health, strengthen the medical profession, and give back to their community, with little expectation of wider recognition. 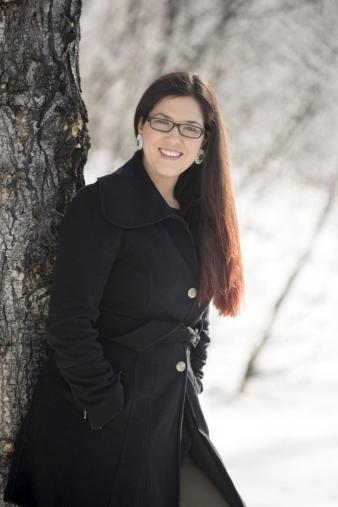 Dr Terri Aldred is unquestionably one of them. Only 31, she is an outreach primary care doctor for Carrier Sekani Family Services, travelling to reserves in Northern BC from her Prince George home to deliver health care to Indigenous people in remote locations.

She is also the Site Director for the University of BC’s Indigenous Family Practice Program, providing coaching and administrative support to new family practice residents from across Canada who want to provide family medicine to Indigenous people.

And she is the first Indigenous Communities Representative for the Northern Interior Rural Division of Family Practice, the first position of its kind to garner Indigenous input about northern family practice issues.

Each of these roles has her giving unique and valuable input into improving the health of communities and the holistic approach of medical education and medical governance.

Yet as a Dakelh (Carrier) from North Central BC and as a member of the Tl’Azt’En Nation, she is not very comfortable heralding her own contributions and accomplishments.

“It is hard for an Indigenous person to talk about themselves. If anyone is going around calling themselves a healer, they are probably not a healer, because that honor is given by the community.”

In fact, when Dr Aldred first became a physician seven years ago, the first of her nation to achieve that designation, she would never walk into a room and introduce herself as “Doctor.”

What changed was her growing recognition that she had to own the responsibility of being a physician for her community and for her profession. “I realized it was not about me. I have to give back to Indigenous people and I have to give back to my profession, and to the healthy interface between those two. That is why I am so passionate about medical education and systems change.”

Born in Prince George, Dr Aldred grew up on the Tachet Reserve, about 75 km northwest of Burns Lake. She was good in sciences, but at first she pursued a career in pharmacy. "People would say ‘why don't you go into medicine?’ and I would laugh in their face and say, ‘I don't know where doctors come from, but they certainly don't come from where I come from!’”

Still she was persuaded to try the MCATs and will never forget getting lost on the University of Alberta campus trying to find the exam location. “I had never been on a campus so big. I am standing there crying. Some random person stops me and says ‘Are you trying to find the MCATs?’ and leads me there just in time. It felt like divine intervention.”

She didn’t have a computer or cellphone, so when the word came that she was accepted, she almost missed the offer. She just happened to check her email at her brother’s 48 hours before it was to expire. “I didn't have any money so I was literally calling every family member to scrape together the $1,000 to claim my spot.”

As one of the only medical students that year to have grown up on reserve, Dr Aldred felt isolated and often traumatized by the Western approach to medical education. “I had a lot of trauma in medical school. But it actually made me very compassionate to health care professionals because I could see that they didn’t mean to be culturally insensitive. They were just burnt out and tired and so ill themselves that they couldn't help it.”

Dr Aldred is very open about the significant intergenerational trauma in her own life and has spoken about her story to the Prince George Citizen and recently to the Rural Coordination Center, who responded very positively.

Her goal and passion in medicine is to integrate compassionate, kind, holistic healing arts that draws on all cultures, including her own Indigenous culture, into the scientific foundations of Western medicine. “I am not brilliant by any means, but I show up and I offer what I can. I do my part.”

In Doctors Making a Difference, we profile doctors around the province who are going above and beyond to improve the lives of their patients, their communities and our health care system.

Do you know a doctor in your community who is making a difference?  Drop us a line at communications@doctorsofbc.ca with his or her name and contact information. You may see them profiled in a future article.