In addition to caring for her patients, she is a leader in recruiting physicians to Vancouver Island. “We don’t recruit a physician, we recruit a family.” 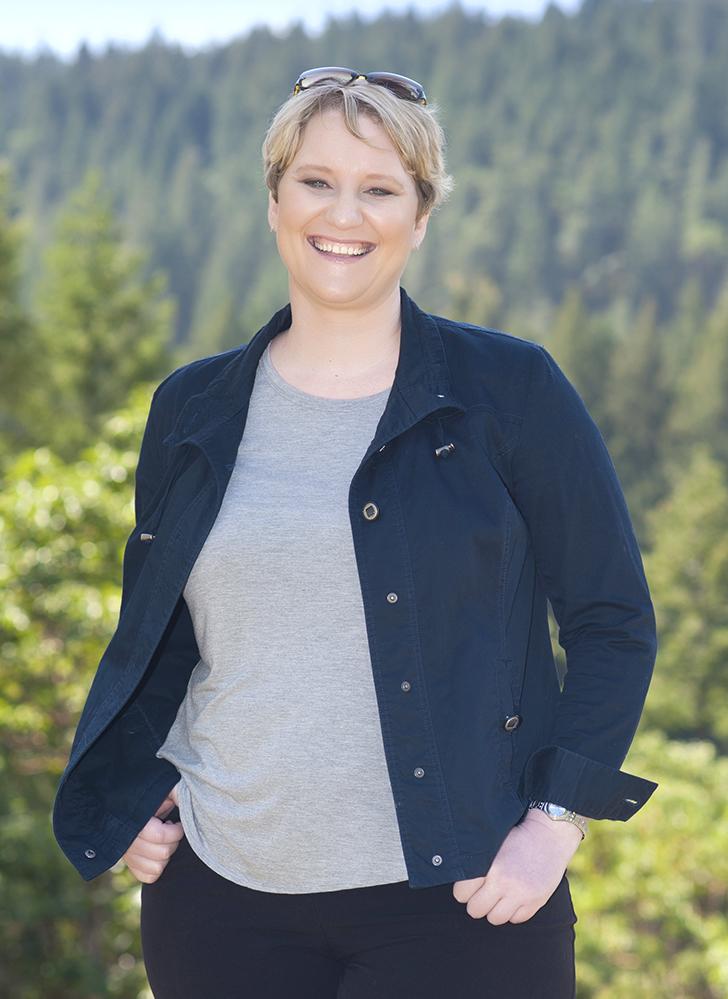 When Dr Melissa Oberholster first arrived in Nanaimo BC, straight from South Africa in January 2009, two feet of snow was on the ground. She had never seen snow before.

She was so new she didn't have a BC driver's licence or a car, and had never driven on the right side of the road with the steering wheel on the opposite side. She will never forget standing at a bus stop in the Harbour City, wearing a light coat and a pair of pumps, in the snow, shivering with her feet wet and cold.

"I didn't have the right clothes, I didn't have the right shoes to walk in snow! It was such a shock." That disorienting first few months, when she first immigrated from a hot dry country to become a family doctor in Nanaimo, has made her especially compassionate and sensitive to the needs of new physicians who are recruited to a new town.

As the Chair of the Nanaimo Division of Family Practice, and before that, the physician lead on the Division's A GP for Me initiative, Dr Oberholster, 37, has had a passion for physician recruitment. Since 2014, they have recruited an astonishing 50 new doctors to Nanaimo, helping stave off a crisis in a family doctor shortage and reducing the impact of a number of longterm GPs being lost through retirement. 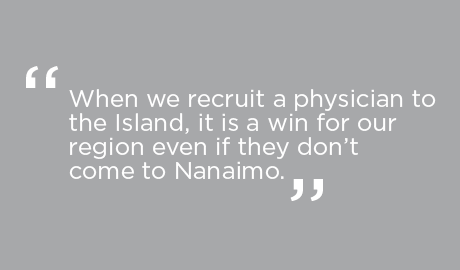 Oberholster is quick not to claim credit for that impressive number — it was a team effort, led by the decision by the Division to create and fund a full-time designated recruiting coordinator who travels to conferences, responds quickly to any interest from across Canada or in the world, and connects with other agencies like Health Match BC as well as other communities so they are recruiting as a region.

"We have always felt that if we can recruit a physician to the Island, it is a win for our region even if they don't come to Nanaimo," says Oberholster.

The Division supports potential recruits across the whole process: meeting them at the airport, driving them around, helping them pick out schools for their kids and neighborhoods to live in, stocking their fridge with milk and food before they arrive, helping the spouse find a job if needed. "We'll even tell you the best place to have coffee and go for a hike," she says. The Division even made a persuasive recruitment video about life as a physician in Nanaimo.

Born and raised in the small town of Upington, in the Northwestern part of South Africa, Oberholster knew by a young age that she wanted to be a doctor, inspired by her own local family doctor. By high school he let her shadow him for a week. "Even in that one week, I knew it was exactly what I wanted to do." She got into medical school at Stellenbosch University at age 19, straight out of high school.

It was a sense of adventure, and a desire to travel, that after graduation and residency had her look at international medical postings — Ireland, other parts of Canada and BC. She selected Nanaimo because it looked the most green in winter. Medical school friends, who had already been recruited to Powell River, told her she would like Nanaimo.

And she has. She loves practicing medicine in Canada —she has her own family practice and works part time as a hospitalist in the Nanaimo Regional General Hospital. She admires Canada's equitable health insurance coverage where money does not dictate access, unlike the US and South Africa.

She also loves being intimately involved with the Division and the medical decision-making at local and provincial levels. "It is so exciting to me. Instead of thinking just about the problems, we can think about who we can work with to find solutions. It is so rewarding as a physician to come up with ideas, but then have the structure, and staff, and the process to actually be able to bring a vision to completion."

Dr Oberholster cites the satisfaction of effective team work and relationship building, coordinating with 19 different organization, to create the school-based health clinic at John Barsby Secondary School, for which the Division won a quality award. She's excited by the respectful, culturally sensitive work underway to create a clinic for local First Nations.

She loves Nanaimo, dragon boating, going out for dinner, exploring Vancouver Island and became a Canadian citizen in 2015. Now, even snow doesn't faze her. "I am now geared up for every season!"