Life Insurance Needs Webinar: Residents and newly practising physicians
February 24, 2021
Learn about how much coverage you really need, which plans suit you best, how your life plan can evolve with you.This special seminar is presented by...
Event Details
END_OF_DOCUMENT_TOKEN_TO_BE_REPLACED

Medical student Jatinder ‘Jay’ Khatra is at the forefront of helping to make Doctors of BC’s governance bodies more diverse and representative of the broader medical profession. Jay is the youngest member appointed to the new Diversity and Inclusion Advisory Working Group which will play a key role in advising the Board on the feasibility and best approaches to implementing recommendations from the Doctors of BC Barrier Assessment. The recommendations are designed to address barriers that have been holding some groups back from taking part in our committees, Board and Representative Assembly.

It’s a responsibility he is thrilled to take on. Putting his commitment to diversity into action is key to making change on an organizational and provincial level, Jay says: “Rather than just saying that you support equality, you have to actually also do the work, rather than just state what your opinions are. Words only mean so much – it’s action that actually defines an organization. That's why I think what Doctors of BC is doing is so important. It’s not just words, statements, or press releases.” 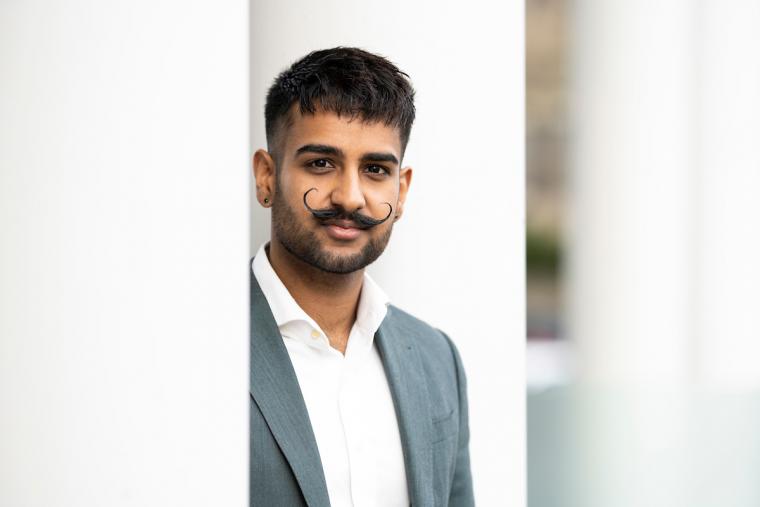 This latest role builds on Jay’s passion to build inclusive communities from young age. “When I was thinking about what I wanted to do, I asked myself how would I be able to profoundly affect people's lives, and also be a part of their lives going forward.” Raised in Prince George, Jay was inspired to study medicine by his own family physician, and the close-knit community he grew up in. “It is a place where I can go to the grocery store and I'll see at least ten people I know, and they'll all check in with me about what's going on in my life and what's new.” These close relationships informed his outlook on the profession, along with a strong passion for inclusive healthcare.

The intimate nature of community care in a rural area is something that Jay has always considered rewarding, though it’s not without its share of challenges. Before medical school, working at the Northern BC Crisis Centre, Jay coordinated presentations on suicide awareness and LGBTQ Health, along with Positive Living North and a number of Gay-Straight Alliance groups in the area.

Through his work and lived experience as a queer person, Jay noticed there was more work to be done in his own rural community to inform healthcare providers – through education and conversations around topics such as gender identity, sexual health, or coming out. For Jay, the question was: “Is the physician going to be able to have this conversation and support their patient – are they able to not only provide medical help, but offer emotional support and that healing process for them.”

“People who are sexual minorities obviously broadly face challenges and disparities in health, but it's actually quite pronounced in rural areas. I think that's something I have been quite passionate about for quite some time, is trying to normalize certain conversations and also trying to educate physicians, healthcare providers and the community.”

Once he began medical school back in Prince George, his dedication to inclusion fueled positive change at a curricular level. In his first year, Jay and other students noticed that many of the case samples they were shown in class were of white individuals, which presented a major diversity challenge, particularly in areas like dermatology. Informed by ongoing social and racial justice movements, the students approached the faculty. “We had quite a few conversations, and going through the curriculum for the second year we actually got a lot more exposure to different skin colours, more diversity, and a lot more conversations around what these presentations look like in different skinned individuals which was really rewarding.”

His interest in LGBTQ health and how it intersects with rural challenges, along with his general passion for inclusive medicine, will inform his approach as a member of the working group. The group itself primarily focuses on advising on existing recommendations related to making Doctors of BC Committees more inclusive and diverse. As an element of this work, Jay hopes to share some of his knowledge of barriers to healthcare that many LGBTQ people and other minorities in more remote parts of BC face.

“We have done quite a few working groups in Prince George to try and educate physicians and have these conversations. I’m hoping that I can continue to provide a different perspective, whether it's in terms of medical education or from the viewpoint of rural physicians as well.”