Doctors of BC and CMA Joule course: Advocacy for Change
November 29, 2021
The next online session designed specifically for physicians to learn the key elements of effective advocacy, and to build valuable skills to enact...
Event Details
END_OF_DOCUMENT_TOKEN_TO_BE_REPLACED

If you ask Dr Andy Hamilton, leadership skills should be taught to medical students and residents early on.

“In medical school, we train physicians to treat patients. We don’t train them to perform as part of a huge complex system and how to be effective in working within that system to make it better,” says the anesthesiologist, most recently Interior Health’s Executive Medical Director for Surgical Services, and co-chair, B.C. Provincial Surgical Executive Committee. 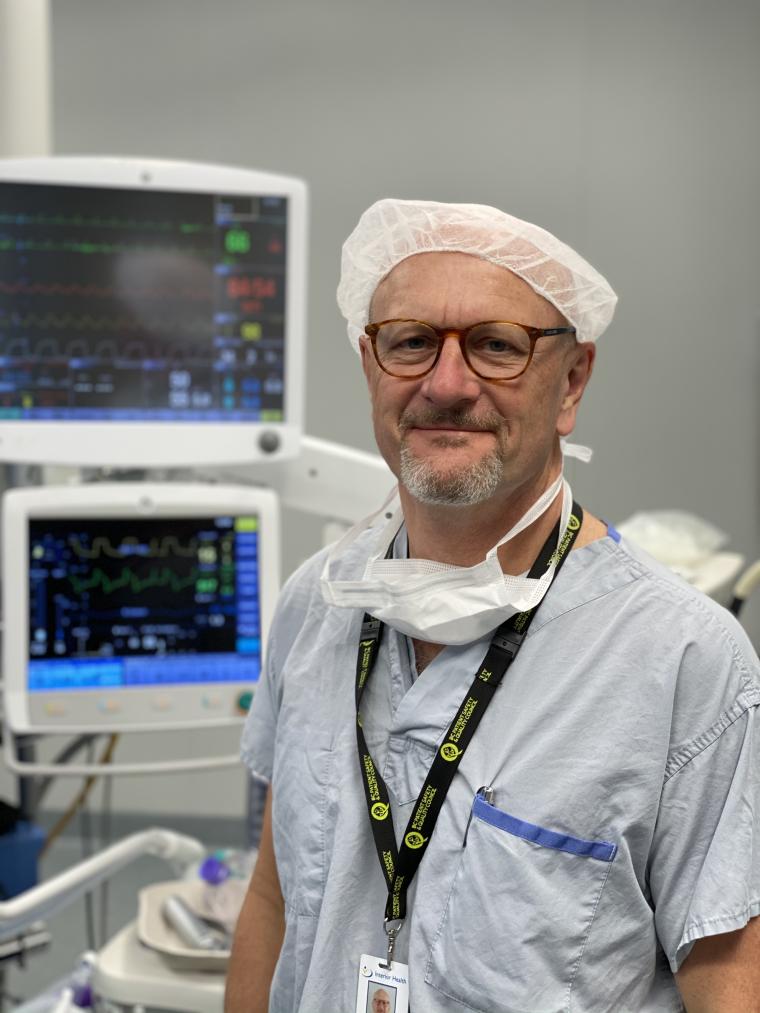 al school in Manchester, never considered leadership back then. He chose medicine as a secure profession, and was drawn to anesthesiology because it combined practical skills, physiology and pharmacology. A residency at UBC led to 10 years at St. Paul’s and a stint there as acting head of anesthesiology. It was his move to Penticton Regional Hospital in 1999 that revealed his unexpected gift for leadership.

Penticton’s anesthesiology department only had a staff of four, and Dr Hamilton quickly found himself nominated head of the department. Soon after, he became chair of the local medical advisory committee. Then in 2004, just after B.C.’s health regions were established, he sat on the Steering Committee reviewing surgical services for Interior Health, out of which sprang the BC Provincial Surgical Advisory Council (PSAC), which he co-chaired.

Leadership is about harnessing the expertise of others

The move prompted him to seek more formal leadership training, including the Innovative Leadership in Health Program from Royal Roads University, the Canadian Medical Association Physician Management program and certification as a Canadian Physician Executive. These courses endorsed his natural tendency to favour relationship-building as the best way to forge trust and encourage compromise.

Dr Hamilton identified the highlight of his career as co-chairing the Provincial Surgical Executive Committee, established in 2014. Passionate about improving efficiency and access to surgery province-wide,  he has always found it most effective to harness the expertise of others – physicians, nurses, other health care professionals, administration, health authorities and the ministry – and work together to achieve such goals as establishing a simple waitlist management system for surgery patients.

Dr Hamilton believes that the quality of BC’s surgical services has improved dramatically over the last 20 years because of better-trained young physicians; more accurate measurements of surgical successes and outcomes, through innovations like the National Surgery Quality Improvement Program (NSQIP); and a transformed quality and safety culture. He’s particularly enthusiastic about the Surgical Safety Checklist, now standard procedure.

Everyone in health care has the opportunity to be a leader

One aspect of surgery that hasn’t developed quickly enough is access. Dr Hamilton says transforming that demands a coordinated approach involving every element of surgical strategy, including human resources, IMIT, data collection and reporting, quality and governance. He says each BC health authority must examine its strategy, identify the barriers to access and eliminate them one by one.

Dr Hamilton, a former Ironman competitor, retired in September, 2020, to a life of cooking, road-biking and travels with his wife, Meggie Ross, a PHN with Interior Health. Still a part-time anesthesiologist, he hopes to remain involved in surgery strategy, perhaps with the Specialist Services Committee.

“Everyone in health care has an opportunity to lead, whether it’s a physician or a housekeeper in the OR -- we all have a role to play, we’re needed in those roles, and we need to work together. We all stand to benefit from understanding the basic sciences around management and leadership, because that’s how we’re going to make the system better.”