Sometimes negative events in life can become the surprising openings to brand new ways to understand, experience, and contribute to the world.

Orthopedic surgeon Dr Jeff Pike knows that well. In fact, on at least two occasions, negative events have had positive, life-changing results — not only for him, but for patients, communities and for our health care system in BC.

One event ultimately led him to become an orthopedic surgeon; the second propelled him to become the physician-lead on the design of the ambitious new St. Paul's Hospital, to be built on the edge of Vancouver's Strathcona neighbourhood starting in late 2020.

“I had no idea such an interesting job existed”

At 17 years old, Dr Pike was a promising rugby and water polo player in his home town of Vancouver when he broke his kneecap on a rugby tour – a devastating injury for such a young athlete.  He was treated by the legendary the orthopedic surgeon Dr Ross Davidson, the physician for the Canucks hockey team. 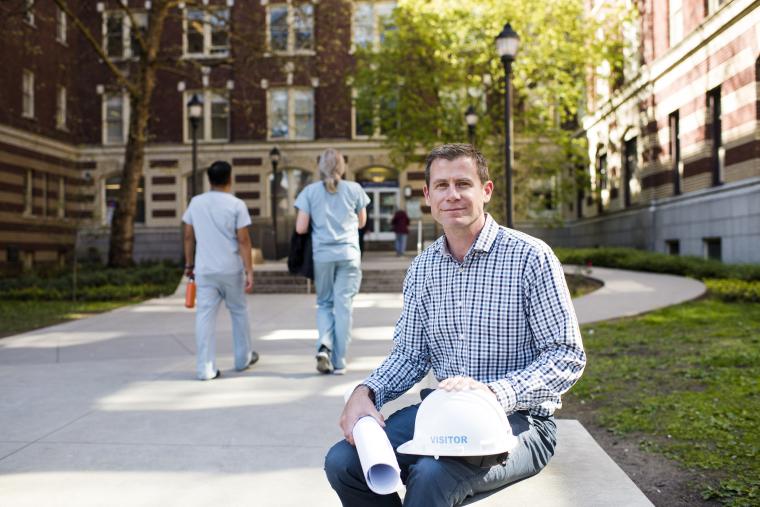 Thinking back to that terrible teenage injury and the expert treatment that got him back on his feet, Dr Pike says: “I had no idea that such an interesting job existed — helping the injured, including athletes like me. It was my first exposure to orthopedic surgery and it planted a seed for me right there.”

Rather than lower limbs, however, he was drawn to upper limbs. Over the last decade Dr Pike, 44, has worked as an orthopedic surgeon in the St. Paul’s upper extremity program, caring for tertiary upper extremity problems from around the province. He also works at BC Children’s Hospital, managing the most complicated and difficult upper extremity cases. “It is usually low-volume, unusual problems…The anatomy is fascinating — upper limbs are the most complicated structure from a functional standpoint. To me, it's the best of orthopedics rolled up into one limb!”

From surgeon to physician leader – learning about the power of engagement

As a physician, his life as an orthopedic surgeon to date has been a fulfilling career. But in 2015 the second, negative-turned-positive event occurred. That is when the first plans for a new St. Paul’s Hospital were unveiled. From the perspective of the physicians on staff, including Dr Pike, the preliminary designs were inadequate for the diverse and complex populations for whom they cared, and did not sufficiently reflect physician engagement and input.

"It was a bit of a crisis time; there was low confidence between the physicians and the administration in terms of leadership to represent what was required for the best care for our patients. There was a great deal of discontent." 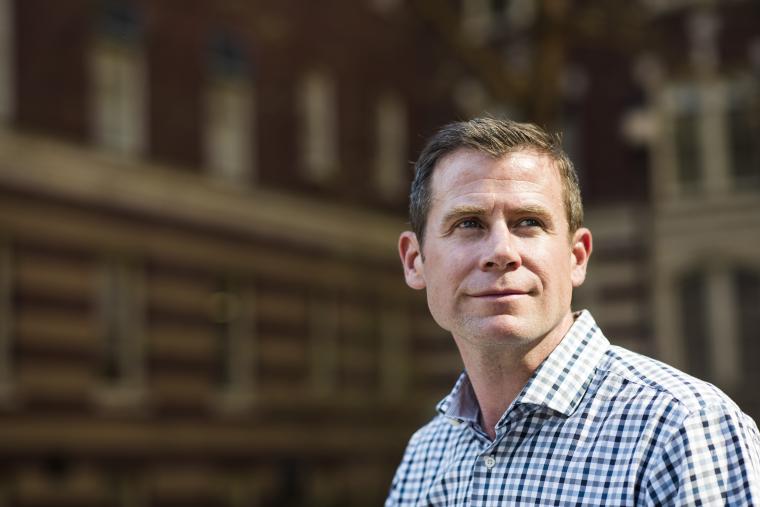 That frustration with the process, and his desire to try to make an impact more broadly, beyond individual patient care, led him to become the physician lead for the new health campus design. While still caring for patients, he now spends about 20 hours a week working to ensure that those providing care every day, particularly the doctors, strongly influence the new hospital's planning and design.

Dr Pike realized from the start that physician input had to be elicited on physician terms. It was not enough to simply call a meeting for doctors for 10am or 1pm —when busy doctors are in the midst of procedures and patient visits — and label it effective "engagement" if only three physicians were able to show up. "Physicians throw up their hands and question whether their involvement is truly desired. It has been important to try to schedule important meetings on the margins of patient care whenever possible, which is 6:30am or as late as 7 or 8pm.  Support through the Facility Engagement initiative of the Specialist Services Committee has been hugely helpful in making that happen.

The first thing Dr Pike did was to identify physician leaders in the organization — both formal and informal. Then he had meetings with them to understand the needs of their patients and how their groups sought to care for them.

"I got to hear firsthand what their concerns were and what their hopes, needs and dreams were for the future. Doing that, patterns start to emerge that showed shared needs between multiple groups. That makes it easier to advocate for key aspects of the designs."

One of the great learnings of the process, he says, is the tremendous effectiveness of informal engagement. "To just pick up a phone and say, 'Hey John, this is the discussion on this; what is your perspective?' And in a few minutes I have a much better understanding of their position. It makes no dent in his workday, whereas asking him to show up somewhere at 10am is a big deal."

Dr Pike and others have also visited hospitals being built in BC, Ontario, the US, Europe, and the UK, gleaning the best of design and innovation from all sites. While the process is still ongoing and construction won't start until at least late 2020 nor complete until 2026, the end result will be a $1.9 billion state-of-the-art 548-bed academic teaching hospital in the heart of an urban centre that meets changing patient needs and changing models of care into the next century.

In particular, notes Dr Pike, the new hospital will have the flexibility in design to meet future unknown health crises and better foster the ability to provide outreach into the community to support chronic, continuous care for the most vulnerable patients, not just episodic acute care that stops at the hospital door.

The process has been so rewarding for Dr Pike that he has not only taken leadership courses offered by the Doctors of BC through the Joint Collaborative Committees (JCCs), he is also now enrolled in the executive MBA program in Healthcare and Life Sciences at the University of Toronto's Rotman School of Management. In all, it makes for a very busy life for the married father of twin 8-year-old boys, who still finds time most mornings to work out at 5:30am, swimming, running or weight lifting, before his workday begins. He wouldn't have it any other way.

"My goal is to expand my skills for impact beyond the individual patients in my practice. In order to be effective for the big change required to meet the needs of the populations we treat, I believe it is important to be able to understand health systems, financial constraints, the trade-offs we face, and be able to communicate effectively with executives in a shared language.”

While the future St. Paul’s Hospital will be the result of many hands, minds and hearts –  Dr Pike will play a leading role in the redevelopment of this hospital in the heart of BC’s biggest urban centre. A hospital that will meet changing patient needs and will change models of care into the next century.

Physician leadership education and training opportunities are supported by the Joint Collaborative Committees (JCCs). For more information, go to: