November 1, 2019
Together for Health
flu

As Canada braces for another flu season this winter, experts say it’s hard to predict the severity of the virus or the effectiveness of the flu shot. We often look to Australia for a sense of how things will go in Canada. The country saw an earlier start to its flu season this year and a higher number of cases – similar to a severe 2017 season that was very like what happened here. In fact, Australia’s season has been one of the biggest in the last 20 years. That doesn’t mean this will be the case here, but we should be prepared to take steps to minimize the risks of coming down with the flu.

The flu can weaken the body's strength and increase inflammation, making pre-existing medical conditions worse. Seniors, young children and people with chronic conditions are the most at risk. Each year in Canada, it is estimated that influenza causes approximately: 12,200 hospitalizations and 3,500 deaths.

How the flu is spread 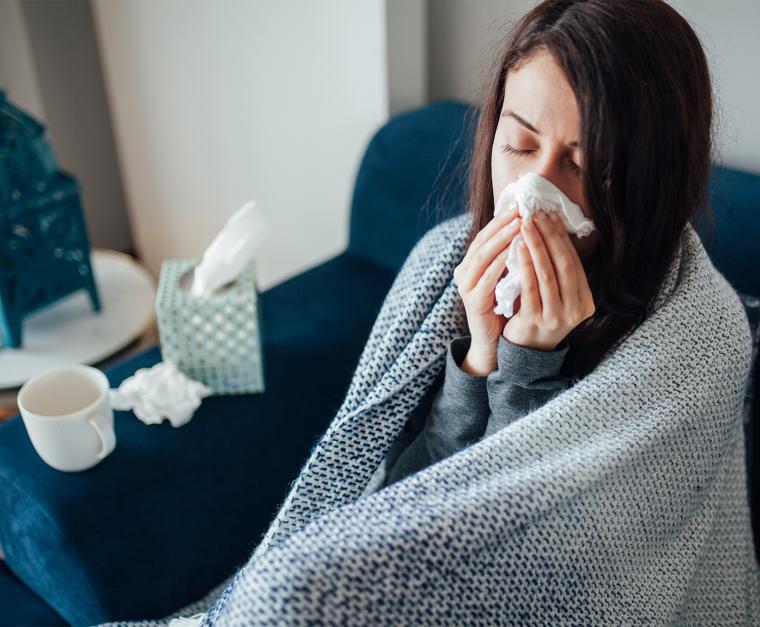 In BC, there are typically three main types of influenza viruses that take hold: Influenza A H1N1, ​Influenza A H3N2, and Influenza B.

The flu usually involves a viral infection of the upper airway, influenza spreads easily from person to person through coughing, sneezing, or face-to-face contact. Flu can also spread if you touch tiny droplets from an infected person’s cough or sneeze and touch your eyes, mouth, or nose before washing your hands.

While the intensity of each flu season can change annually, protecting against it should be a priority every year.  Hand hygiene is a vital part of preventing the spread of the flu, so be sure to wash your hands thoroughly all year round. You should be scrubbing your hands with soap for at least 20 seconds, paying close attention to your wrists, the backs of your hands, between fingers, and under rings and fingernails. Using hand sanitizer while on the go can help prevent illnesses such as the flu.

The single most important thing you can do is to get vaccinated against influenza. For those with a healthy immune system, a bout of the flu is an annoying couple of weeks, but it can be far more dangerous for people with weak immune systems, pregnant women, small children and senior citizens. By getting your flu shot, you will play a vital part in protecting the health of BC’s most vulnerable citizens.

There are some common misconceptions about the flu vaccine, including that you can get the flu from having the vaccine. However, this is not possible, as the vaccine contains killed influenza viruses that are incapable of causing infection. Another is that the vaccine causes adverse side effects. While some side effects can occur, they are usually minor. More serious results are extremely rare. The bottom line is, the benefits of having a flu shot far outweigh any potential side effects.

When and where to get your flu shot

Canada's flu season typically starts in October, when temperatures drop and people are in closer contact with each other indoors. The time to get a flu shot is the month of November before the virus is circulating widely, the Public Health Agency of Canada (PHAC) recommends.

In BC, those who are at high risk from influenza are eligible for a free vaccine. Visit HealthLink BC to see if you are eligible. Anyone who is not eligible can purchase the flu vaccine at most pharmacies and travel clinics in the province. The World Health Organization is tasked with recommending the particular strains of the flu to target in vaccines. This year, its recommendations were made later than usual, which had an effect on vaccine manufacturing.  There has been a slight slow-down in vaccine distribution across BC, but it should be widely available through November onward.