Life Insurance Needs Webinar: Residents and newly practising physicians
February 24, 2021
Learn about how much coverage you really need, which plans suit you best, how your life plan can evolve with you.This special seminar is presented by...
Event Details
END_OF_DOCUMENT_TOKEN_TO_BE_REPLACED

Lift Each Other Up: Pink Shirt Day

We often think bullying is a problem faced only by children – given one in five students is affected by bullying – but it’s also a serious scourge across society. And unlike producing green energy or developing vaccines against a novel illness, bullying is a problem that cannot be fixed by scientific or technological prowess – it is a uniquely human problem that requires a dose of humanity to fix.

I want to share with you the recent example of Dr Mustafa Hirji, Medical Officer of Health for the Niagara Region in Ontario. It is sad to see that bullying of public health officials has become common during the COVID-19 pandemic. Our colleagues have gone on record about the abuse, personal attacks, and even death threats received on a frequent basis. However, the recent bullying Dr Hirji experienced rose to new extremes. In addition to facing public calls for his arrest and assault, some individuals called for his beheading.

Dr Hirji’s response to these vile acts was nothing short of a masterclass in civility, mutual respect, and how to deal with bullies. I encourage you to read his full remarks here, though I will summarize some of his key lessons.

He starts by calling out the bullying for what it is: violent. In a civil society, there is no room for violence. Violence must in every instance be called out and eliminated immediately. There can be no constructive dialogue and action when the threat of violence is present.

He then calls for compassion – compassion for all individuals who face bullying, not only those in the spotlight who have received the same attention he has. As a clinician, I treat many people who have been bullied. I also help people who bully others. Almost universally, when I dig deep into the lives of those who bully, I encounter human beings who are hurting. Hurting from loss, from isolation, from fear. To overcome bullying, we must not ignore the pain of others, no matter how toxic a vocal minority chooses to express that pain.

Dr Hirji raises the issue of inequality in our society, especially how it is amplified due to the pandemic, and asks us to address these inequalities during the pandemic and after it is over. In my work with bullies and the bullied, I have seen that inequality drives both bullying behaviour and prevents its resolution. Inequality of power is a particularly potent fuel for bullying. When we allow power to accrue unequally, it drives resentment, distrust, and eventually even hate. In recent times we have seen numerous groups rising up to highlight how power has been withheld, denied, or even forcibly taken. If we want to overcome bullying, we need to look for the underlying message of inequality rather than become sidetracked by the tactics or words used by a few. 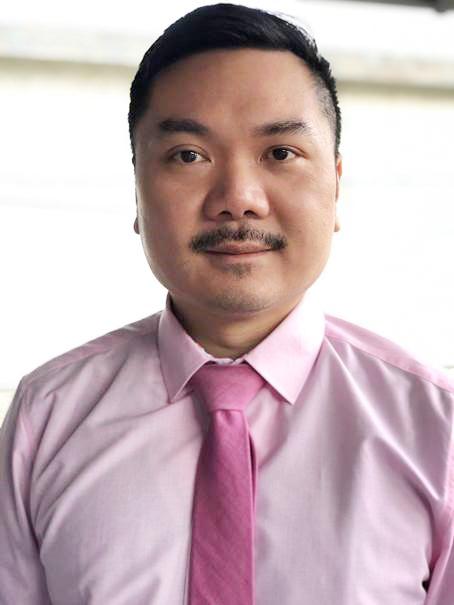 Finally, Dr Hirji urges us to avoid rejecting people who have a different viewpoint from us. He encourages us to use calm and civil debate to draw out a shared understanding and make better decisions. He counsels against the politicization of debate, something that has become increasingly difficult in an age of polarization. The truth is, there is only one human race, and only one earth. The pandemic has taught us that the world is a much smaller place, and humans are interconnected, more so than we ever realized before. We cannot afford to dismiss one another.

Wednesday, February 24th is Pink Shirt Day, also known as Anti-Bullying Day – a global movement where people don a pink shirt to symbolize a stand against bullying. And on this day we would all do well to follow the example of Dr Mustafa Hirji:

Violent threats, political attacks, denigrating those who disagree splinters us, rather than unifies us. Let’s listen more, understand each other, and come together through dialogue.