Sustaining the mental wellbeing of children and youth into the future

“Never doubt that a small group of thoughtful, committed citizens can change the world, indeed, it’s the only thing that ever has.”  Margaret Mead.

The CYMHSU Collaborative started with just that in 2013 - a small group of thoughtful, committed citizens in the BC interior - many of them physicians, who recognized that change was needed to more effectively care for children and youth with mental health and substance use issues. Little did Doctors of BC and the BC government know at the time, as funders of the initiative, that in just four years, the Collaborative would grow from just over 100 people, to more than 2,600 located in all regions of the province. And that multiple diverse partners including seven health authorities, three ministries, physicians, First Nations, police, schools, and other community partners, would be actively involved - and at the core, youth and families with “lived experience”. 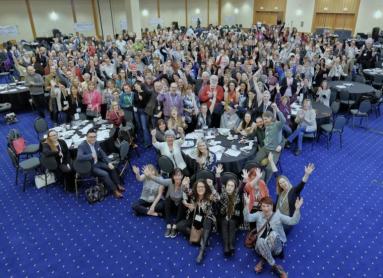 Over the four years, this large change initiative has expanded to 64 Local Action Teams and 11 Working Groups, all focused on building relationships and connecting systems of care to ensure that every door is the right door for children, youth and families seeking help with their mental health and substance use concerns. Hundreds of activities have taken place during that time locally, regionally and provincially; 268 mental health literacy activities, 142 school-based initiatives, the creation of 82 websites and resource directories, as well as the development of numerous guidelines,  protocols and training opportunities to increase the ability of communities to respond to the needs of their young people.

As the Collaborative starts to wrap up its activities from now until the end of the year, the focus has been on sustainability – sustainability of the work, the relationships, and models of care developed and emerging. With this goal, and in an effort to effectively summarize the progress and impact of the initiative, the Collaborative has released two ‘legacy’ items – both presenting a compilation of findings, knowledge, tools and resources in two very different formats.

The first of these, the new Legacy Magazine was distributed at a recent CYMHSU Congress, the last to be held as part of the initiative. The Legacy tells the in-depth story of the Collaborative, and with stories and pictures, details how it started, who’s involved, and the scope and diversity of its activities and impact. You can read the online version here. 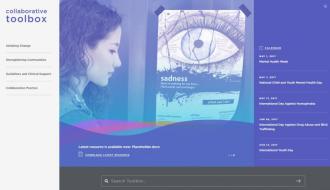 The second legacy item is a website entitled the ‘Collaborative Toolbox’, developed to provide a one-stop-shop for many of the tools and resources created, tried and tested since 2013. The site provides access to specially developed resources such as suicide prevention toolkits, handouts, posters, common consent forms, ER protocols, enhanced learning modules, as well as partner resources key to the success of the work, such as the PHSA San’yas Indigenous Cultural Safety Training.

Both legacy items build on the ‘all learn, all share’ approach to support Local Action Teams, physicians, school personnel, youth and families, and other community partners, as they initiate or continue to support the mental wellbeing of children and youth now and into the future.  The Legacy Magazine and Collaborative Toolbox can be found at collaborativetoolbox.ca.

You can find more details about the CYMHSU Collaborative here.