BC’s doctors led a successful Be Active Every Day campaign in October, encouraging kids to be more active and choose healthier lifestyles.

As part of the Doctors of BC-led campaign, physicians visited 24 elementary schools and reached 5,000 kids, getting them interested, engaged and energized to be active for 60 minutes each day. This year kids chose their own Activity Adventure, including hockey, running, horseback riding, and gymnastics.

Nico Leong of Kerrisdale Elementary school won a prize after sending in a picture of himself taking part in his chosen activity – hockey. He won a custom trading card and poster featuring him in a favourite pose. 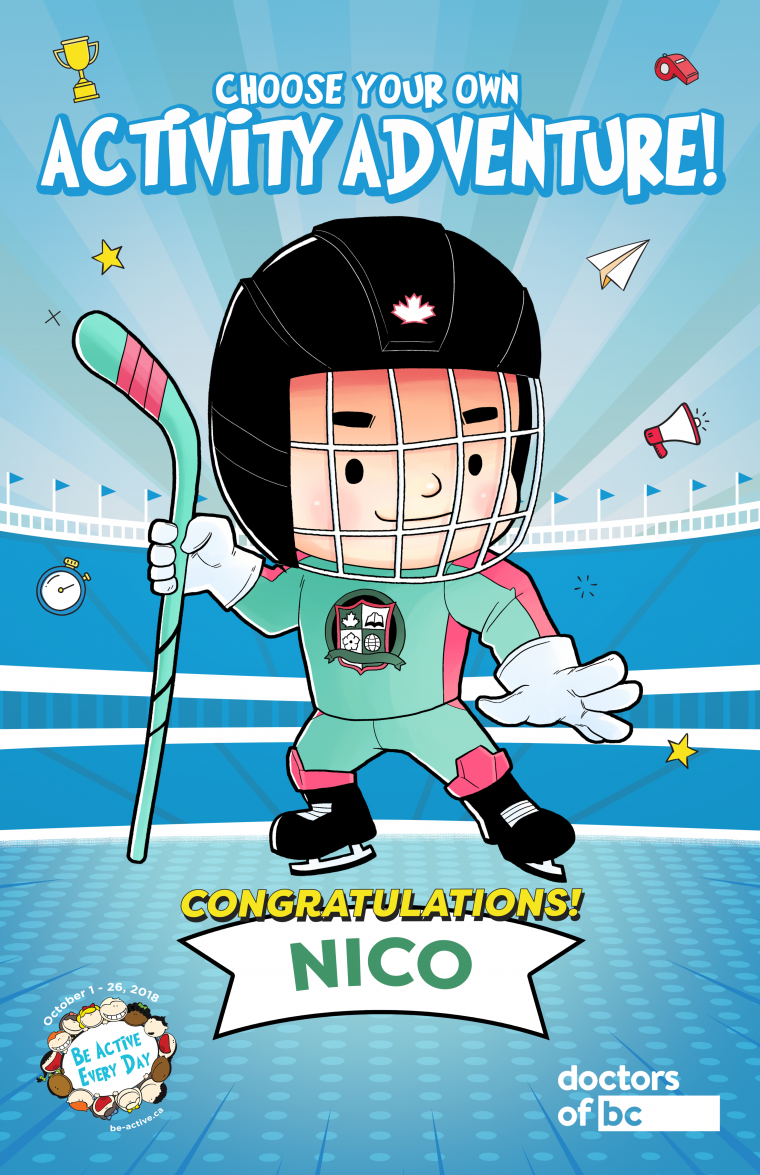 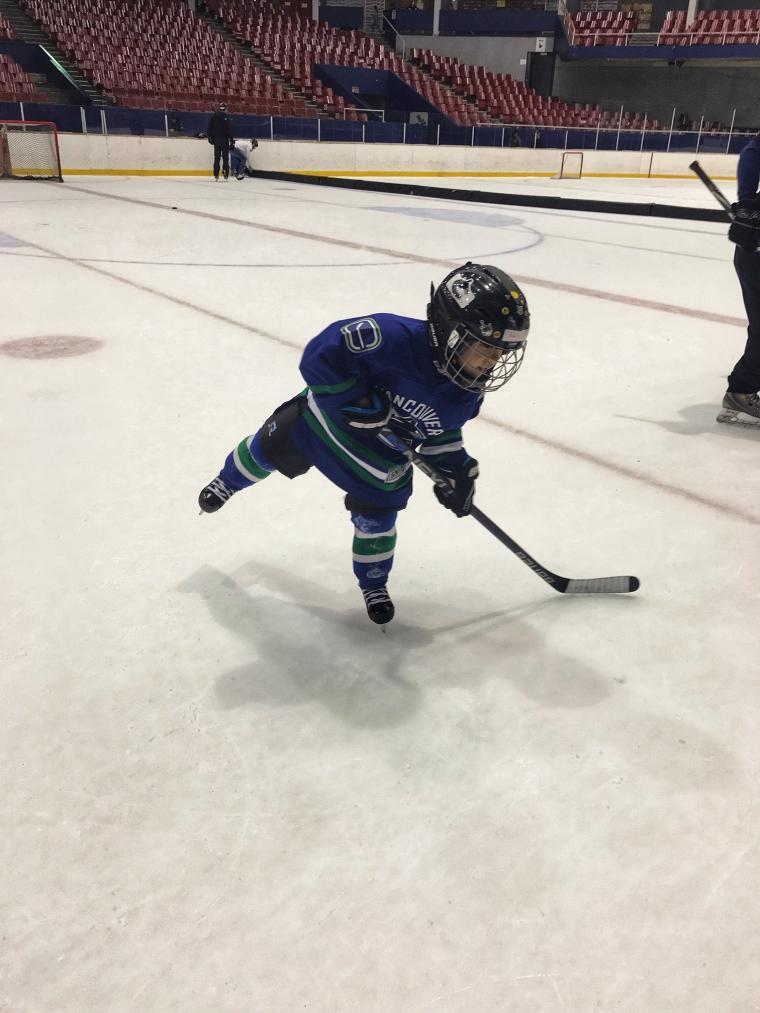 The program is a big hit with Nico’s dad, Lawrence, who said: Thank you for running this program! It has been great for Nico to see how active he is, and how much time he actually spends doing physical activities every day. It also reinforced our healthy eating habits. Nico now calls me out for drinking the occasional soda! I don’t get my sticker for "0 sugar added drink.”

The campaign is also popular among doctors who get a chance to connect with kids. “I’ve presented at schools for the Be Active Every Day Challenge for several years now,” said Dr Chantal Chris, who presented to Cheam Elementary school in Chilliwack. “It is wonderfully rewarding to teach kids about their bodies and how exercise helps them to be healthy. Teaching health promotion to the next generation is probably one of the most useful things we can do as family physicians to keep our community healthy and our patients engaged!”

Be Active Every Day is just one of the public health campaigns supported by Doctors of BC through the Council on Health Promotion. Physicians, be sure to mark this event on your calendar for next October!