Declaration of Commitment Signing Ceremony at the RA 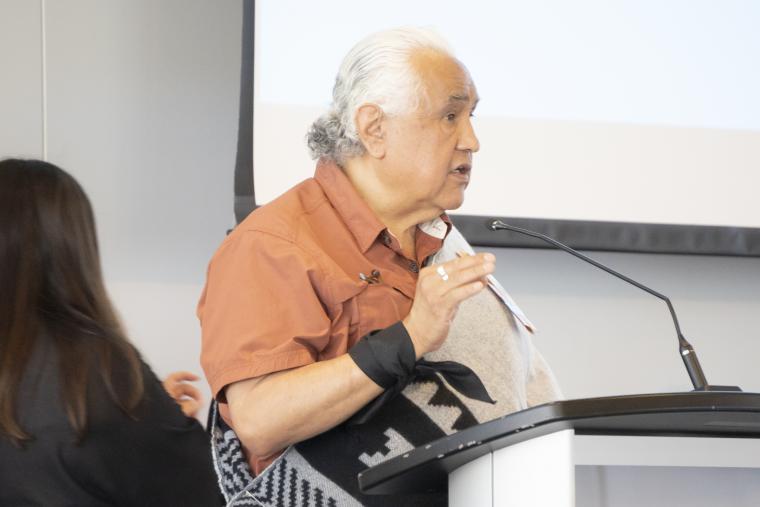 “Nə́c̓aʔmat,  nə́c̓aʔmat, nə́c̓aʔmat,” are the Coast Salish words Musqueam Elder Shane Pointe spoke as he opened last month’s Representative Assembly meeting commemorating the signing of the Declaration of Commitment on Cultural Safety and Humility in Health Services. Pronounced "nuts amaht" and translated into English, the expression rich with meaning, means ”we are one.”

The signing ceremony took place after the Board last year endorsed the Declaration of Commitment – a commitment between the house of Doctors of BC and the house of the First Nations Health Authority. In First Nations language, families are recognized by the houses they belong to. 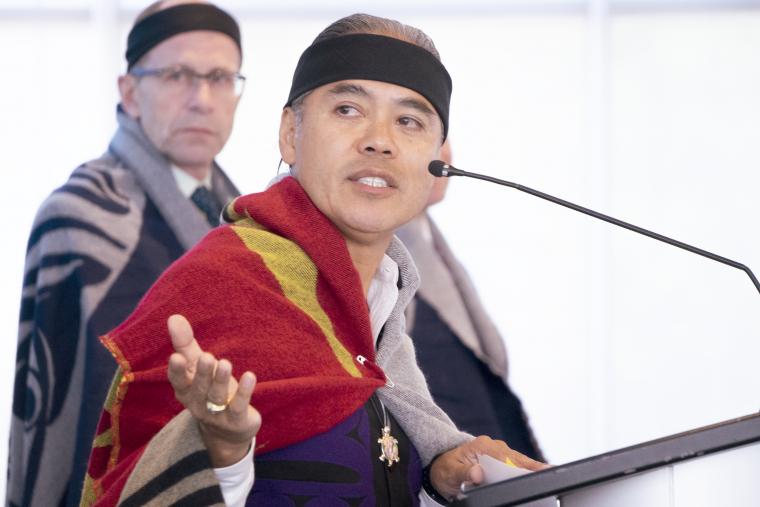 By signing this Declaration, and in partnership with our First Nations and Indigenous patients, doctors agree to create an environment where cultural safety – based on each patient’s health care experience – is developed through a process of mutual trust and respect of cultural humility. And further, that this is understood, embraced, and practiced at all levels of the health care system.

Mr. Pointe’s approach was one of inclusion and fairness. He stressed that while the source of the Declaration is the FNHA, safety and cultural humility apply to all cultures coming here from all parts of the world.

The ceremony itself called upon key representatives from both houses to be blanketed – a ritual that demonstrates FNHA respect for those who have made an important contribution to the First Nations community.  And also for four observers chosen from the RA to witness the signing of the agreement – an historical undertaking in a traditionally oral society. Afterwards the representatives and witnesses expressed the ways in which the day touched them in a meaningful way. 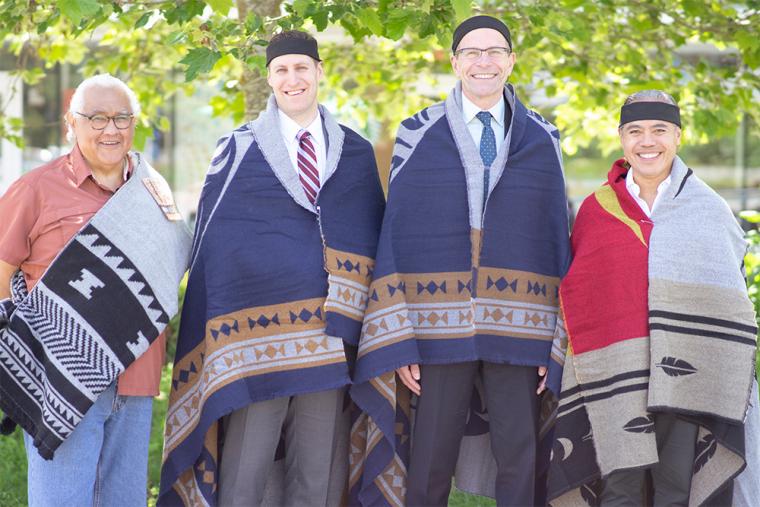 Mr Pointe ended the ceremony by saying, “Doctors, thank you, thank you for lifting up the hearts and the minds of future generations of first nations children and their families. You, as medicine, have now made us stronger in our health, in our wellness.  What more can be asked of doctors than to help us heal and to help us be well.”

With our signature, we are proud to join all BC’s regulatory bodies, all health authorities, the Ministry of Health, and the BC Coroner’s Office, among others, who have already demonstrated their commitment.

View the Declaration of Commitment here.