BC Physicians Mobilizing Action for ACEs

The impact of a successful approach to ACEs might be as great as that of a major vaccine.

On May 9, 2019, over 500 people, including nearly 100 physicians, came together to strategize around Adverse Childhood Experiences (ACEs) at BC’s second ACEs Summit supported by the Shared Care Committee (a partnership of Doctors of BC and the BC government). 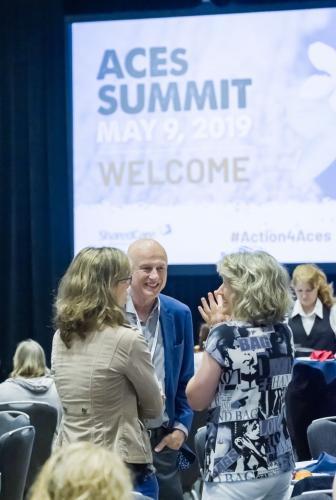 Preventing and addressing ACEs is an important component of the work of approximately 180 physicians involved in a Child and Youth Mental Health and Substance Use (CYMHSU) Community of Practice (CoP) responsible for organizing the Summit. The CoP is a legacy of a provincial CYMHSU Collaborative which wrapped up December 2017.

There has been a growing understanding of the impact of ACEs on individual and population health since a landmark public health study conducted by Dr Vincent Felitti from Kaiser Permanente in 1997. The negative impact on the developing brain, and increased risk of mental health and substance use disorders and chronic diseases, for those who have experienced ACEs - abuse, neglect, and trauma early in life, are now well recognized.

Consequently there has been a push across all sectors and systems to strengthen policies to “build better brains, to build better lives”. The second ACEs Summit provided the opportunity to build on current work in the province to prevent and address ACEs. Participants included physicians, clinicians, allied health, community organizations, schools, policing, government, and those with lived experience.

The day was full of stories of resilience and hope. One young mother spoke of how, with the right support from a community organization, she is now raising a child without ACEs, despite suffering through a traumatic childhood herself. 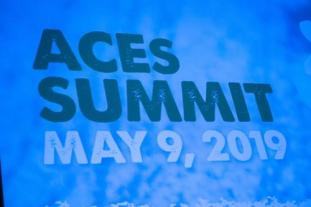 Stories were shared from schools, maternity care, primary care clinics, policing, Indigenous communities and others who are achieving success with trauma-informed training and approaches. Results are compelling; Delta Police, working with the Tsawwassen First Nation, reported no youth arrests for five years; a school in Williams Lake has significantly reduced student suspensions. Doctors are building trust with their patients by incorporating social history-taking into their practice. Instead of asking “what’s wrong with you,” they’re asking “what’s happened to you” - and this approach is showing benefits for both. Addictions expert Dr Gabor Mate, speaking at the Summit, advocated for the same approach to addictions – requesting we ask “why the pain?” not “why the addiction?”.

Highlighting the importance of caring and connection, keynote speaker Liz Huntley, an award-winning U.S.-based attorney and child advocate, shared her personal narrative of growing up with multiple ACEs, and how one compassionate adult changed the course of her life. 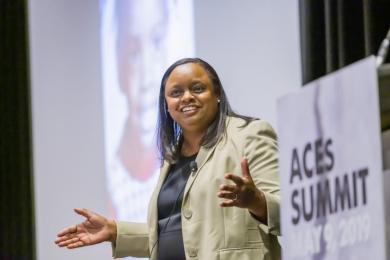 The afternoon culminated in a panel discussing next steps at the local, regional, and provincial levels, and a commitment by participants to their own actions for ACEs within their spheres of influence.

With the conclusion of the Summit, the work on ACEs, and other priorities for child and youth mental health and substance use will continue through the Community of Practice. Physicians interested in ACEs resources, or getting involved in the CoP can learn more here.