Be Active Every Day is an annual Doctors of BC initiative to help kids be more active and make healthy choices. In partnership with their local elementary school, doctors across BC coordinate a month-long challenge to kids: Be active 60 minutes every day in October.

The deadline to sign up for this year's event is Monday, September 26, 2016. Please note, due to high demand any new school signing up is limited to 1 class of participants.

The Challenge is set to start the week of Monday October 3rd with a follow up visit in the last week of October. Last year more than 4700 students in 33 schools were challenged by 40 doctors and resident doctors with the help of nurse practitioners, divisions, and athletes across the province!

When doctors lead students through the activity challenge, kids can learn about the importance of good health, nutrition, and fitness from a medical perspective. The goal is to make a lasting impact on children and help them turn healthy choices into healthy habits.

Registration for the 2016 Be Active Every Day Challenge is now closed, please check back next year! 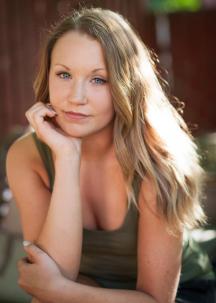 Nicole Droder, is originally from Vernon, BC but now resides in Vancouver BC. She started her dance training 10 years ago in Vernon and continued training in Vancouver with Harbour Dance Centre's Intensive Training Program, and The Source Dance Company.  Her performance experiences include Vancouver Fashion Week, Vancouver Spring Show, Under One Roof, ITP Running Ground, as well as the SHINE showcase. 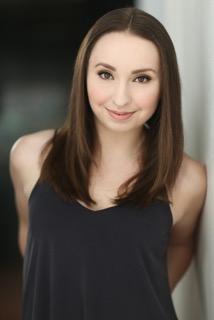 Born and raised in North Vancouver, Paige started dance at 2 years old, and started training competitively at the young age of 7. Paige trained pre-professionally in ballet, jazz, contemporary, hip-hop, tap, musical theatre, and ballroom at Vanleena Dance Academy for 12 years. Grateful for the opportunities and lessons dance has granted her, Paige hopes to inspire and share her love for dance through performance, choreography, and instruction.

Highlights of Paige's dance opportunities include the honorary Solo Seal Award Examination (Royal Academy of Dance, 2015), Diner En Blanc Vancouver, Conquer Cancer BC, and Alberta Ballet's The Nutcracker. She can be seen in Ivivva promotional images as well as various TV and film productions. Paige is currently entering second year at UBC, teaching dance at Vanleena Dance Academy, and training in the Source Dance Company for the 2016-2017 year. 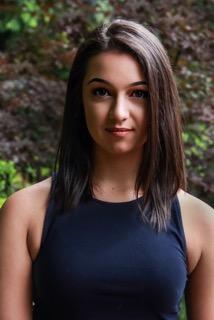 From the young age of four, Alina has always found joy in her passion and love for dance. Starting her training at Vanleena Dance Academy in North Vancouver, she trained all forms of dance. Alina has had the pleasure of performing at events such as Le Diner En Blanc Vancouver, The Workout to Conquer Cancer, North Vancouver Art’s Council’s Trolley Dances, and was a guest performing arts student in Havana, Cuba. Recently graduated from high school, Alina was accepted to be a member of The Source Dance Company, and will be training with them during their 17th season under the direction of Joanne Pesusich. 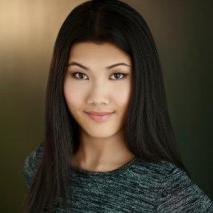 Zoe's passion for dance started in high school when she joined the Moscrop Secondary Dance Program and began her training at Douglas Ballet Academy. At Moscrop, she joined many dance clubs and choreographed/taught others whenever the opportunity arose. After graduating, she also began teaching at Dance Collective in Burnaby. To continue her training, she joined the Simon Fraser University Athletics Dance Team. Her dance and leadership ability resulted in an offer to become one of the team Captains. She continued her university studies while completing the Intensive Training Program at Harbour Dance Centre.

Since her training began, Zoe has had the pleasure of learning from teachers and choreographers such as Carlo Atienza, Moe Brody, Scott Forsyth, and Joanne Pesusich. Some of Zoe's performance experiences include The 102nd CFL Grey Cup Fan March, Urban Alchemy, Vancouver Sun Run, 5678 Showtime Faculty Showcase, and ITP Running Ground. She has also been signed to Principals Talent Agency, and is part of their commercial roster.

Send your picture to beactive@doctorsofbc.ca

Check back here to watch the weekly videos once the challenge has started!

Be part of the event that gets kids moving!

View all Events
Back to top ⬆